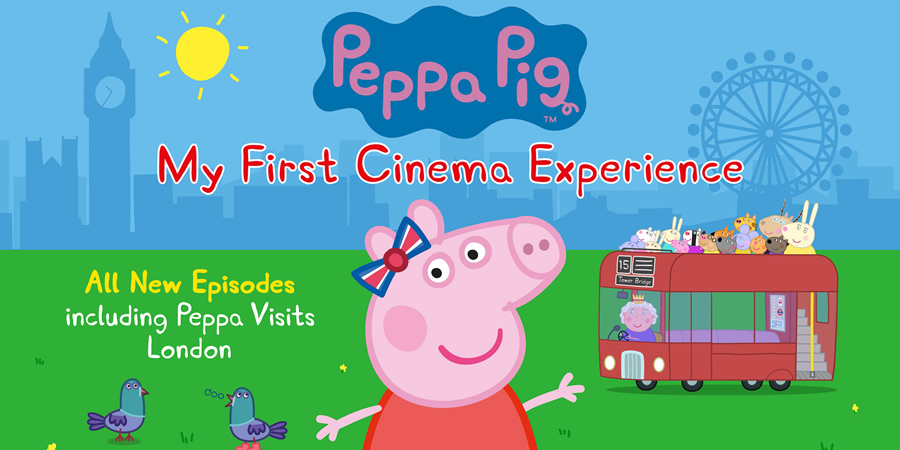 So if you have a child under 5 years old chances are you heard about the new Peppa Pig Movie? With the longest ever movie title “Peppa Pig: My first cinema experience. Peppa’s Australian Holiday”. Well, we went and saw it so I thought I’d tell you guys how we got on. 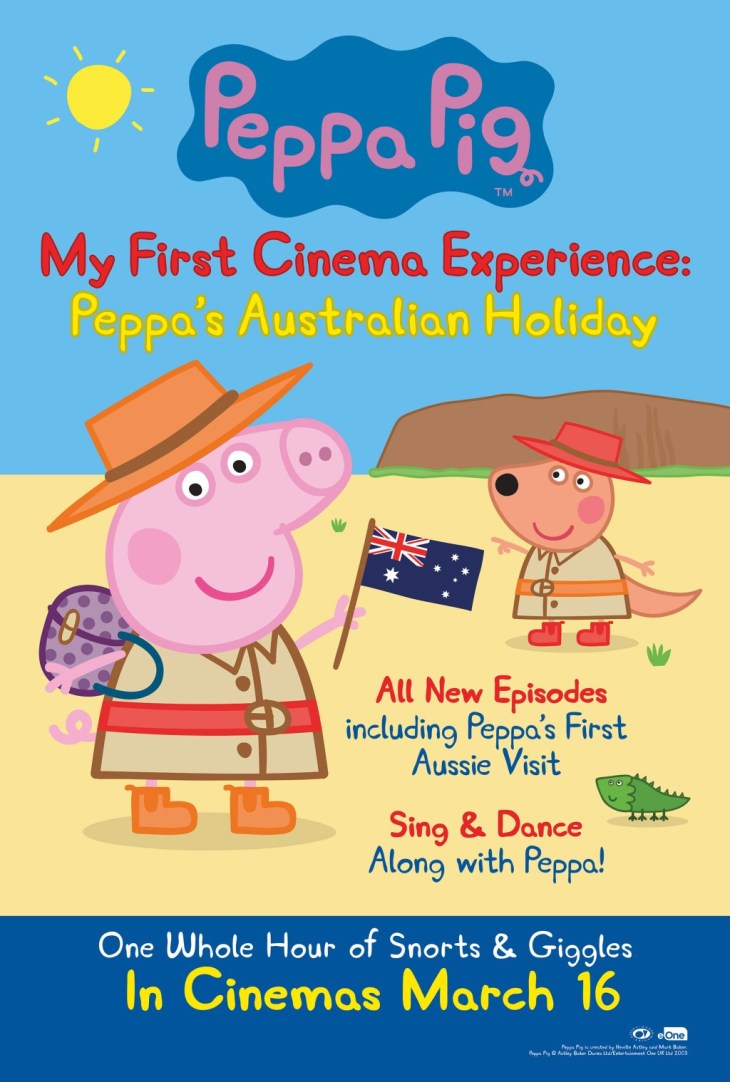 Disclaimer: I had not seen any Peppa Pig episodes, nor had Missy Moo, prior to going to the film. Neither of us are fans at all, but simply our friend invited us to come with her to see it and …well…. we are yes people so we went along.

So…there’s a reason the word “movie” isn’t in the title (you know when they have shoved so many other words into the title already where “The Peppa Pig Movie” probably could have cut it). That’s because it isn’t a movie. It is a bunch of short episodes put together, some related, some a bit random.. and divided into alternating segments; live action and animation. The live action came first so let’s start with that.

So the film starts off with a real woman on screen, named Daisy. She has a high pitched Peppa-like voice (although is not the real Peppa voice…we checked), and a British accent. She is accompanied by 2 rather simple puppets; Peppa Pig and her younger brother George Pig. Daisy is like Cher….no last name for her, but it definitely wouldn’t be Pig.

In the live action segments it runs just like a pantomime but on the screen. Daisy and the two pigs do some singing and dancing, and encourage the kids and parents in the cinema audience to do all kinds of things throughout the film. We were sirens, blowing pirate ship sales, rowing a boat, and turning the wheels on a bus…and most kids were pretty engaged in this. Missy Moo totally got into it, so that was cute to see. Each of these segments ran for about 5-10 minutes, mostly seeming to be a pretty appropriate length.

Then we move onto animation. These were 10ish minute Peppa Pig episodes around her family going on holiday. First to Australia, and then to London. As an Aussie myself I found the Australian stuff to be stereotypical, but not in a negative way. I thought they captured Australia really well (you know, for a cartoon).  London, however, depicted the Queen driving Peppa around on a bus, so perhaps slightly less factually accurate.

She had one or 2 more episodes after London but by then the cinema was going wild so I don’t have a clue what was going on….something about a zoo trip? Except the zoo keeper was a Lion, looking after tortoises…but what evs..

We continued to switch back and forth between live action and animation for 90 minutes. I honestly think an hour would  have been plenty. After that is just felt a bit repetitive and like they were trying to fill in time.

Take coffee and chocolate to survive (or sneaky wine if you’re so inclined).

Overall I give it a 7/10. It held Missy Moo in her seat for probably 75 minutes out of 90, so that is a win in itself! If your child is a Peppa fan you might even get the whole 90 minutes! 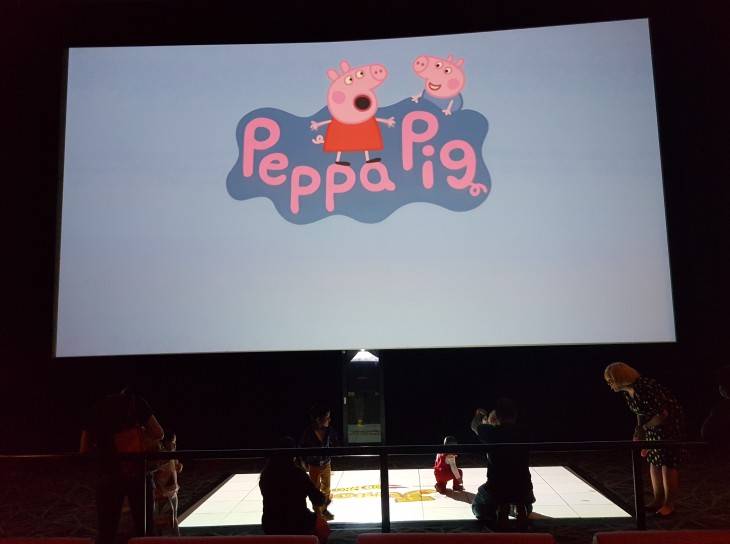 Have you seen the Peppa Pig film? Did you survive? Tell me about your experience below or join the conversation on facebook.