We went to the Thomastown session, but there are quite a few choices in Melbourne.

Who doesn’t love a ride in a fire engine? Missy Moo and I went on a playdate with our friend Caz and her fire engine obsessed son C to the Fire Safety Demonstration in Thomastown, and we completely had a ball. Both children are just 2 years old and were happily amused for around an hour and a half! Oh, and we got free stickers too! 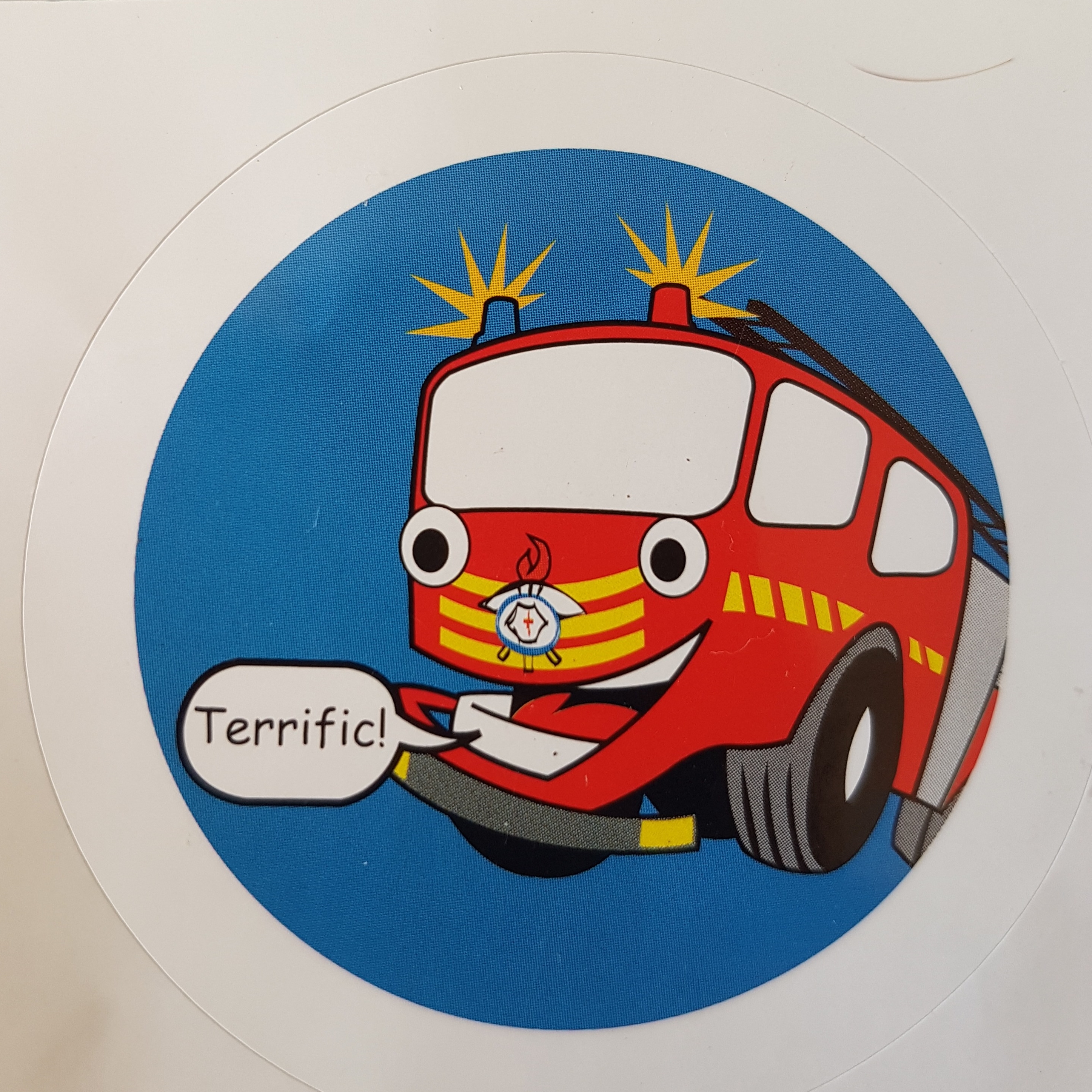 After being welcomed into the station we were told that they had had an unusually small turnout today, only 3 children. Never the less, the firefighters seemed genuinely happy that we were there to visit. First step, let’s go for a ride in the firetruck!

It isn’t actually that easy to climb into a fire truck, but was fun once we were in there. I’m not sure if the kids or the mums were having more fun…probably pretty close. We didn’t go very far, just around the block, and throughout the grounds of the fire station.

After our ride the firemen spent some time answering questions and showing the kids different parts of the truck. The firemen were so friendly, it was actually incredible that they were so attentive and kind throughout our visit. It was lovely.

Then it was time to play with the hoses! All the kids got a turn helping to hold the hose and play around with the way the water sprayed about.

Given it was a smaller group we continued in a very casual fashion; asking questions, sitting in the truck and just exploring the grounds.

They told us that sometimes they have groups of 80+ people, and that on those occasions they often smoke up a car and use the hose to put it out. At Thomastown there was a few old car just to use for training, so at some fire safety demos they even use their big machines to tear the roofs off the cars…wow! This made me realise that there are definitely pros and cons to big groups and little groups.

So… the good bits.

Friendly.
As mentioned previously all the firefighters we met were lovely to deal with. No question was silly, they engaged well with the kids, and were just an utter pleasure to talk to.

Informative.
Missy Moo is too little to have learnt much (in fact when my husband quizzed her later she adamantly told him the firetruck was blue), but Caz and myself learnt heaps. All about the training, the community feel of the station, the “downtime” and just about life as a firefighter. Was super cool!

Freebies.
As we left the kids all got a show bag of goodies. How amazing!

Areas for improvement.
There’s nothing that needs changed and/or improved at the Thomastown fire safety demonstration! Well done team!

However… I live in the South-East, so I would be great to see a fire station down the South Eastern suburbs or the Mornington Peninsula take on a program such as this.

Overall I give this adventure a 10/10! Was fun, free and engaging from toddler to adulthood…which is a pretty special achievement I think.

I’d highly recommend you check it out for a morning out with your children.

Hope you get the chance to meet some real life fire fighters with your kids! Leave me a note below if you decide to go, or join in the conversation on Facebook.