If you grew up in Melbourne, chances are you might have seen The Wind in the Willows as a kid. Running for 30 years (the longest running theatre production in Australia), this pantomime from the Australian Shakespeare Company was a really fun little outing. I took Missy Moo (almost 2), and went with mumma friend Georgia and her 2 year old Charlie bear.

If you’re unfamiliar with the show it is set outdoors in the Royal Botanic Gardens in Melbourne  (the show is also running in Sydney) and starts off by the water. About 45 minutes in, the show moves to another location about 100 metres away. We went to the 10am session on January 19th. Perfect weather, with a forecast of 26°, sunny with not a cloud in the sky. It is a short 5 minute walk from Gate F, along an easy path (no hills) so very pram friendly. It was well sign posted throughout.

When we arrived we hustled for prime picnic position and then waited for the show to start. There was a strong vibe of parents trying to act relaxed, while anxiously hoping their child wasn’t the first to break rank and jump in the river! 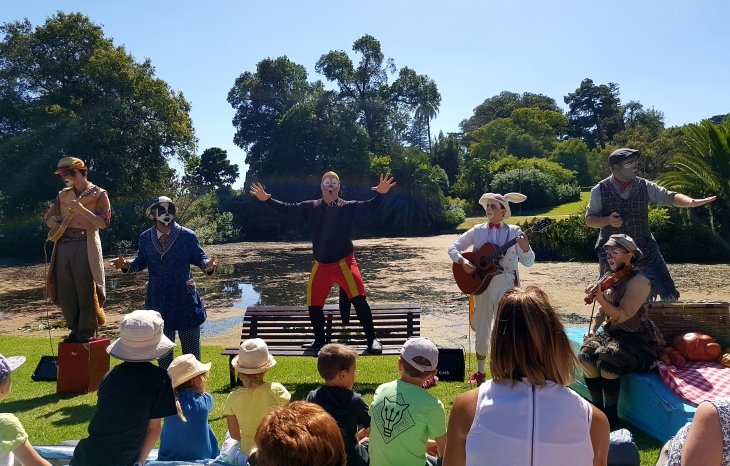 Good mix of storyline, songs, clapping, booing, cheering and even a little quacking. Classic pantomime moves. Bigger kids had a few extra opportunities to help out and run about too, while parents could relax for a little while without them. Ahh..future non-toddler bliss. There were lots of adult jokes thrown in; many quite politically and socially topical so it was nice to see the show staying fresh.

Well not technically true. There were the standard tantrums…you know, around wearing hats, applying sunscreen, sharing/stealing water bottles… but nothing about the show. No scary bits, no loud bits, no one got a fright at any point. In fact for the most part Missy Moo stayed with the 1.5m square of a picnic rug for 2 hours…#winning

Classic but gorgeous. No people dressed in “Big Bird” style suit costumes or masks either, so no need to worry if your child freaks out with those things. Everyone had simple but effective facepaint and some dapper threads. There was 1 child (12 years old) performimg in the show and she was dressed age appropriately too which I appreciated.

Was great to stretch your legs and break it up for the kids a bit as well. Second location was a 3 minute walk from the closest toilet block (including a baby change table).

Most of the merchandise was really quite affordable. $2 programs and $5 small plush toys amongst other things. 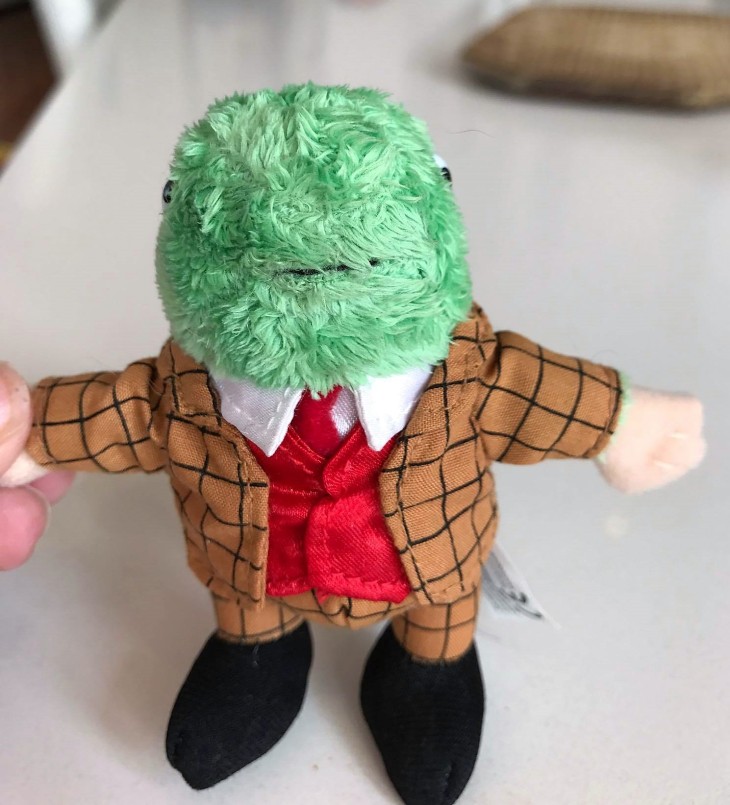 Areas for improvement  (I’m surprised there’s anything given the show has been running the 30 years).

Considering this show is running throughout Summer I couldn’t believe the set up doesn’t have enough shade for everyone. At the first location there was only a bit of shade up the back which was far too far from the action. The second location had a bit more, but maybe only enough for 1/3 of the ticket holders. Some simple portable gazebos etc would be really handy, as it was a long time to sit in direct sunlight, and it was only 26° today. I can’t imagine how unbearable it might be if over 30°!

I know, I know. I mentioned it already as a positive, and it is, but it is also not without its flaws. We sat at the very front at the first location, so therefore we were at the very back for the second half (as those who were at the back were first to arrive to the new location). That is ok, share it around, no worries. What I didn’t like was the move isn’t accompanied by a break. The show literally starts again at the new location mere moments after the cast arrives onto the new set. Given this is a children’s show, a little 10 minute break there would be great to go the toilet, stretch your legs, or get a drink. By the time I’d convinced Missy Moo to come along (she insisted on helping to carry the picnic rug but couldn’t manage so kept dropping it) we had easily missed 5 minutes of show, maybe more.

Lack of food and drink for sale.

Maybe it was somewhere hidden but I didn’t see it. Would have loved the chance to buy a cold drink or an icecream. Lucky Mumma Georgia had brought the coffees. 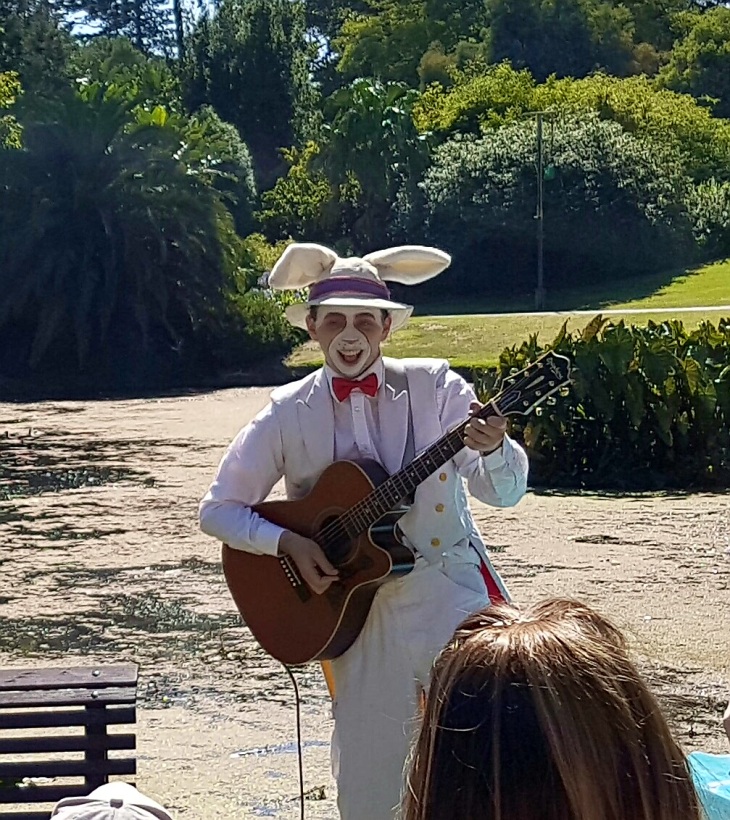 Overall it was a really enjoyable morning out. Should you take a 2 year old? Well, that really depends on the type of child you have. In particular how well they can stay on and around a picnic rug for a few hours. From ages 3 and up I think you’d have a less stressful and fantastic time.

Want it cheaper? Go on a Sunday, and go with friends on a family ticket. The ticket costs the same but at least parking is free! Parking at the Botanic Garden other days of the week will cost you $1.70 per hour, so still not too bad.

I’d give it a 7/10, losing points for having to sit in the hot sun for 2 hours while not having any icecream for sale to help compensate. Seriously…I would have bought all the icecream!

Check it out on a cooler day, or at one of the night sessions at 6pm instead.

Have you been to see The Wind in the Willows? What did you think of the show?

One thought on “The Wind in the Willows”